International Women’s Day: Celebrating the history of women in pathology 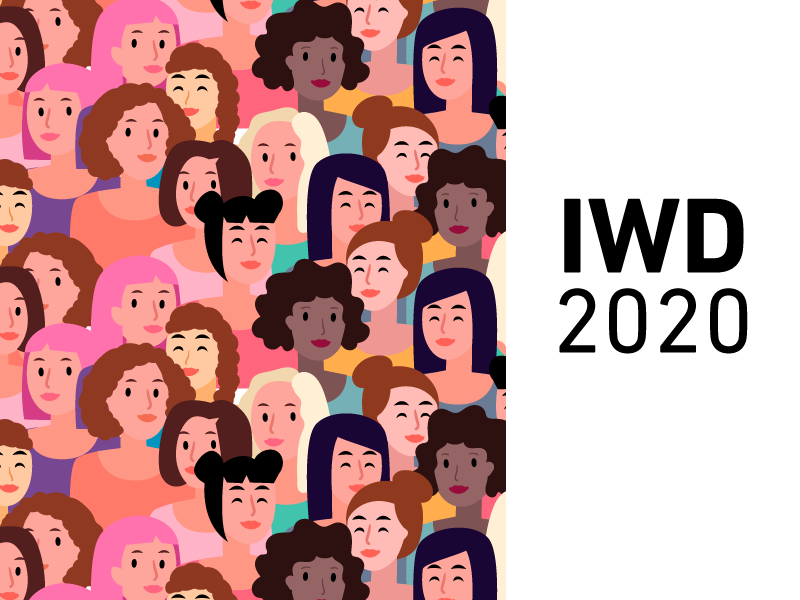 March 8th is International Women’s Day - a global day of recognition and celebration for the achievements of women. At Pathcore, we wanted to take a moment to acknowledge the outstanding achievements of 10 trailblazing women in pathology, both past and present.

Dr. Myrtelle May Canavan was an American physician and medical researcher. She is regarded as one of the first female pathologists and neuropathologists in the United States. At the beginning of her career in 1905, pathology was not yet the field it is today. Pathologists during this time worked in clinical practice and demonstrated anatomy.

Dr. Canavan studied the pathology of diseases affecting the optic nerve, the spleen, the brain, and the spinal cord, and examined cases of sudden death, multiple sclerosis, and of microscopic hemorrhage. Her most famous accomplishment came in 1931 for her discovery of the condition now known as "Canavan's Disease," characterized by the progressive spongy degeneration of the central nervous system. Canavan was the first to diagnose the disease pattern for this degenerative disorder.

Maud Menten was a Canadian bio-medical researcher who made significant contributions to enzyme kinetics and histochemistry. In 1911, Menten became one of the first Canadian-born women to earn a medical degree. Menten is known for her work with Leonor Michaelis on enzyme kinetics.

She is known for her work with Leonor Michaelis on enzyme kinetics. The two co-authored the Michaelis–Menten hypothesis, and subsequent Michaelis–Menten equation in 1913 which explains the mechanism and velocity of reversible reactions between enzymes and their substrates. Today, this is described as Michaelis-Menten kinetics. From 1915 to 1916 Menten studied cancer at Case Western Reserve University. She then took a position at the University of Pittsburgh where she became a professor of pathology. During this time, Menten also contributed to the discovery of a dye reaction that could be used to identify the enzyme alkaline phosphatase, which is an indicator of renal and liver function in the kidneys. This advance was considered a major step in the development of histochemistry.

Dorothy Stuart Russell was an Australian born, British pathologist. She was the first woman in Europe to hold a senior university position in pathology, appointed chair of morbid anatomy at The London Hospital Medical College in 1946. During the WWII, Russell moved to Oxford where she did significant work in neuropathology, particularly the study and classification of brain tumors. It is for this work that she is best remembered today.

Sophie Spitz was an American pathologist. During her high school and college years, she worked at her uncle Hermann Spitz’s pathology laboratory. In 1932 she earned her medical doctorate from Vanderbilt University. Spitz served as a pathologist at the Memorial Hospital for Cancer and Allied Diseases in New York, and a medical examiner for the City of New York. She was an early advocate of the Pap (Papanicolaou) smear. Spitz is known for describing and coining the term “juvenile melanomas - pediatric melanocytic lesions which resembled melanomas but lacked their aggressive behavior.

Elizabeth Stern is a Canadian-born American pathologist, recognized for her work on the stages of a cell’s progression from normal to cancerous. While teaching at UCLA, Stern became interested in cervical cancer and focused her research on its causes and progression. The breakthrough discoveries she made helped turn cervical cancer from a fatal disease to one of the most easily diagnosed and treatable.

During her research, she studied a group of 10,000 Los Angeles County women at public family planning clinics. Stern was the first person to report a definite link between the prolonged use of oral contraceptives and cervical cancer. She was able to connect the use of contraceptive pills that contained steroids with cervical dysplasia, a precursor of cervical cancer. Stern studied cells cast off from the cervix and discovered that a cell goes through 250 stages of progression before reaching an advanced stage of cervical cancer. This prompted the development of diagnostic techniques and screening instruments to detect the cancer in its early stages.

Georgina Hogg was a Canadian pathologist. Her name is attached to the cancer syndrome Birt-Hogg-Dube (along with her colleagues in dermatology (Birt) and endocrinology (Dube)), described in 1977 as the hereditary condition associated with multiple noncancerous skin tumors, lung cysts, and an increased risk of both benign kidney tumors and kidney cancer.

In 1953 she joined the faculty at Winnipeg General Hospital. She also became director of the surgical pathology department, an associate professor, and professor emeritus at the University of Manitoba.

Taft was a Hungarian-born physician and cytologist. In 1938, Taft hoped to attend Harvard Medical School to train to be a physician but was denied admission because she was a woman. It was 7 years before the Harvard Medical School admitted its first group of women, but by that time Taft had already qualified as a physician, studying at Yale Medical School. After graduating from Yale, Taft trained in pathology and took a position at the Massachusetts General Hospital, where she eventually became director of the cytology laboratory, but not before arguing for pay equal to that of her male colleagues. Dr. Priscilla Dienes Taft was the first pathologist to practice cytopathology exclusively and directed Cytopathology at Mass General for over 30 years.

Maria Dąbska was a Polish pathologist and survivor of the Warsaw Uprising of 1944. During World War II, she survived deportation to the German internment camp Stalag VI-C Oberlangen until the end of the war. Later, she went on to graduate from medical school in Gdańsk and pursued a career in pathology. In 1969, Dąbska published a case series of angiosarcomas, calling them malignant endovascular papillary angioendotheliomas, now referred to as Dabska tumors. The Dąbska tumor is the only other cutaneous tumor named in honor of a female pathologist.

Elaine Jaffe is a senior National Cancer Institute (NCI) investigator at the National Institutes of Health (NIH), known for her contribution to hematopathology. Jaffe joined NCI as a resident in anatomic pathology and has been a senior investigator since 1974, focusing on the classification and definition of lymphomas. Her work helped to provide a deeper understanding of the origin of lymphomas, especially follicular lymphoma.

Her lab's findings led to the development of the WHO Classification of Tumours of the Hematopoetic and Lymphoid Tissues. Jaffe was the President of the Society of Hematopathology when the WHO's Revised European-American Classification of Lymphoid Neoplasms (REAL) system was developed in 1994. Today, the REAL system is considered the gold standard in hematopathology. Jaffe's research has led to improvements in cancer treatments, including disease-specific therapies and improved clinical outcomes.

Sharon Wiess is an American pathologist, best known for her contribution to the subspecialty of soft tissue pathology. Sharon began as an intern at Johns Hopkins Hospital and eventually worked her way up from resident to become chief resident of the department of pathology. Her textbook “Soft Tissue Tumors”, co-written with Dr. Franz Enzinger, is the most widely used textbooks in the field of sarcoma and soft tissue pathology. In 1988, Weiss became head of the WHO International Reference Centre for the Histological Classification of Soft Tissue Tumors.